THE MAGIC MOD FEATURES ON SKY TV’S SOCCER AM

ON SATURDAY, 11th February 2017, Ben was asked to appear as the “Full Kit Banker” in the Strip Club segment of the popular Sky TV show. Fenners presented the feature where the fans of the week from Wigan Atheletic (who were playing Ben’s own team Fulham that afternoon).

The Magic Mod appeared in the regulation full kit and was introduced to the TV audience and Fenners then asked him to perform a magic trick to the former Chelsea midfield Emmanuel Petit who was also taking part in Strip Club.

Ben performed one of his favourite sleight of hand tricks to Petit. He asked the World Cup Winner to pick a card and sign it (that card is now available on e-Bay!) ... Petit then placed the card back in the pack and The Magic Mod then showed him the wrong card! Ah, but that's not the trick, Ben then put the whole pack to his mouth, inhaled hard and Petit’s card magically appeared attached to Ben’s mouth which he then blew at the camera. Petit was astounded! Cue Thunderous round of applause.

How did he do it? Well … it was magic! Click here to see the video. 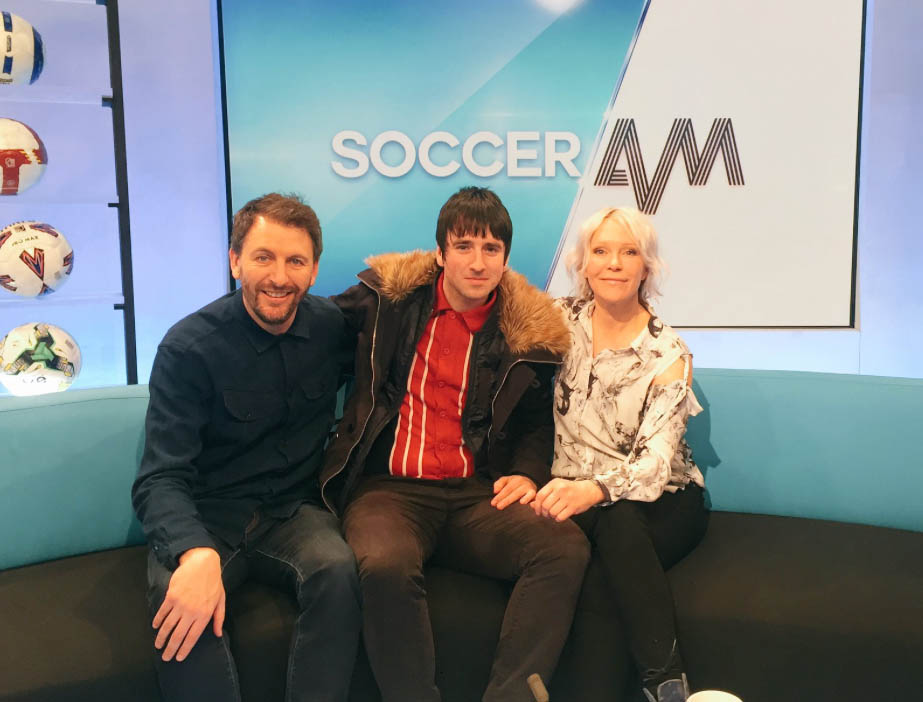 Ben with Fenners and Helen at Soccer AM